I’m not going to lie, I really pride myself on my level of frugalness when traveling.  More eloquently put, we are hardcore budget travelers, a term many backpackers, families, and penny pinchers also prefer to call themselves over “cheap as hell.”

And that is just one of the MANY reasons why I absolutely FELL IN LOVE with Berlin!  You see, you could fill up essentially an entire 2 days in Berlin with Free things to do in Berlin!!! In fact, the majority of things I suggested in that itinerary are completely free.  I mean, the city’s got heaps of currywurst, naked hippies in the parks, and tons of free attractions in Berlin….how can a budget traveler at heart NOT love this city!? 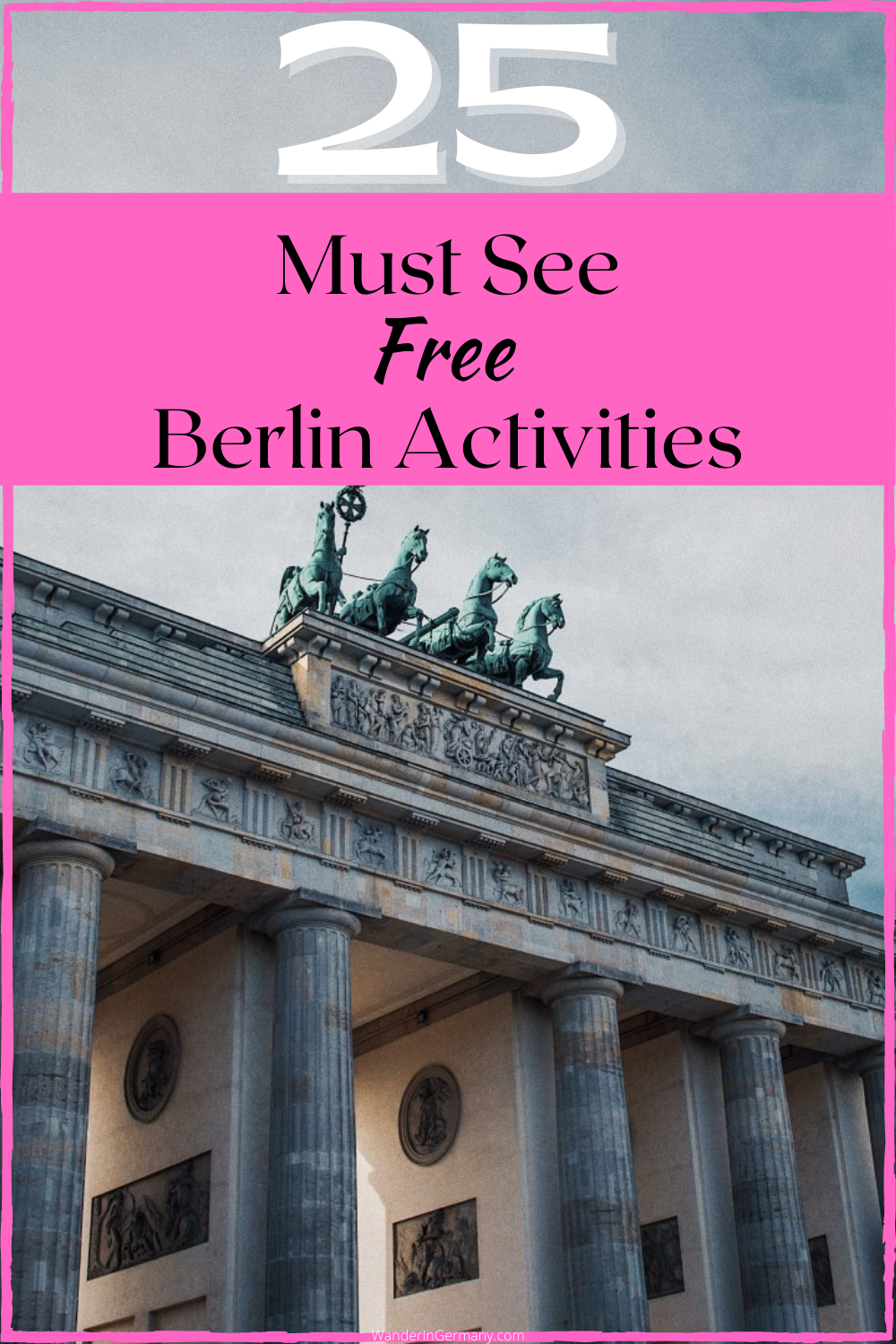 Ok, if you’ve been around this site (or even just read my Berlin 2 days guide) then you know how slightly obsessed I am with the concept of Free Walking Tours in cities.  I have found that since the guides work off of tips, they typically go above and beyond to impress you and make a great tour.

The way it works is that you spend roughly 2-3 hours on a free walking tour of Berlin and at the end, you pay what you thought the tour was worth.  If you thought it was crap, then leave just a small tip.  If you were blown away with the humor, history, and tips, then leave 20 Euro (or more!) It really is “pay what you want” (or, probably more appropriately, “pay what it’s worth”)

I’ve only personally done a Sandeman’s (New Europe) in Berlin, but I’ve gone with multiple companies in other cities around the world and they are all, give or take, the same. A few other free walking tours in Berlin you can look into are:

Another alternative to the city’s free walking tours is doing a DIY walking tour yourself.  There are a ton of different sites that give little, free DIY tours that you can do.  A lot of these are of the different neighborhoods or small sections of Berlin, so it’s easy to piece together a few to make for a full, fun day of sight-seeing.  Here are a few sites that have free self guided tours: 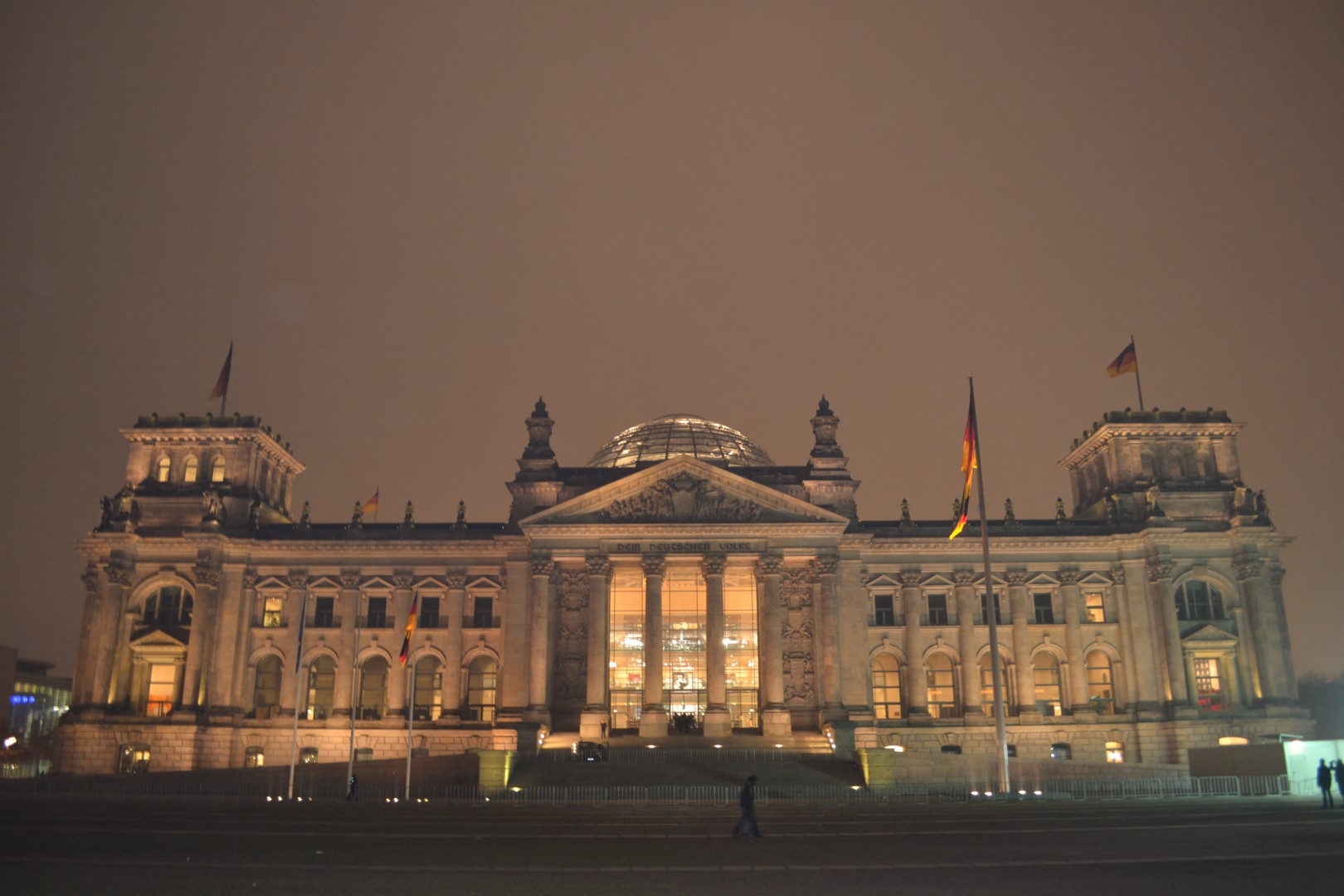 The Reichstag is one of Germany’s most important government buildings, and you can see it completely for free.

You can choose from one of two free Reichstag tours:

Note: Despite these tours being free to the public, you actually still have to reserve a time slot and these often get booked several days to several weeks ahead of time, so plan accordingly! You’ll also need your passport for security, so ensure you have yours on you when you arrive for your tour.

Reserve and Register for Your Free Tour Here

See The Brandenburg Gate Without All the Tourists 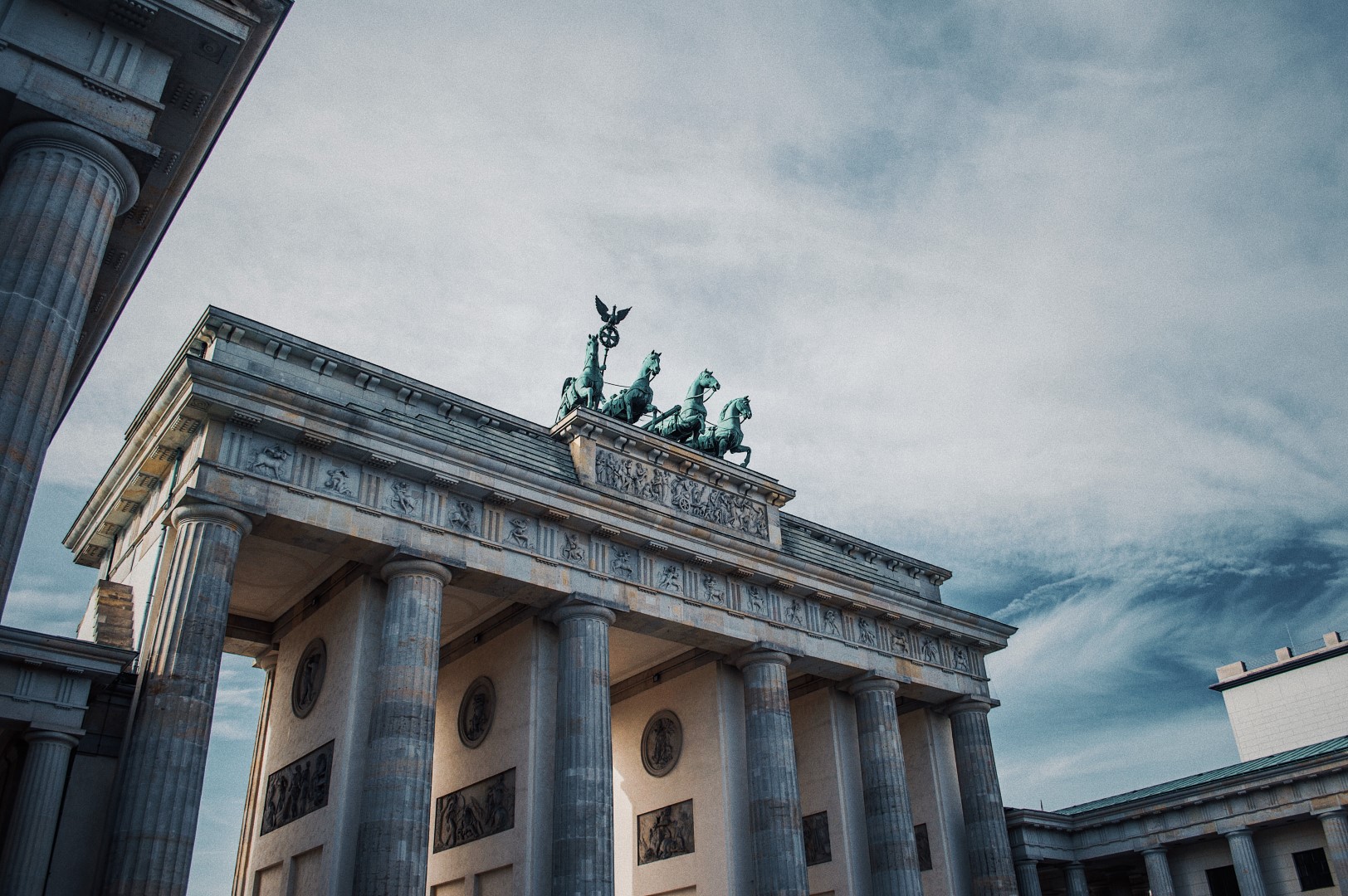 The Brandenburg Gate is an absolutely iconic landmark in Germany.  In “recent” history, it is a symbol of the unification of West vs East Germany, but the history dates so much further than the Cold War.  When it was first erected in 1788 it was actually one of 18 gates into the city, but today is the only one remaining.  The statue at the top also hasn’t been a permanent fixture.  In 1806, France “stole” it as a victory trophy.

Today, you can walk up to, underneath, and through this beautiful gate completely for free.

But, with it being such an important tourist attraction in the city, you can expect throngs of other people peering up at the gate with you.  Want to get a truly Insta-worthy shot of this top Berlin attraction without all the people in your shot?  Come as early as possible in the morning to avoid the crowds.

Pay Your Respects To the Jewish People Murdered During the Holocaust 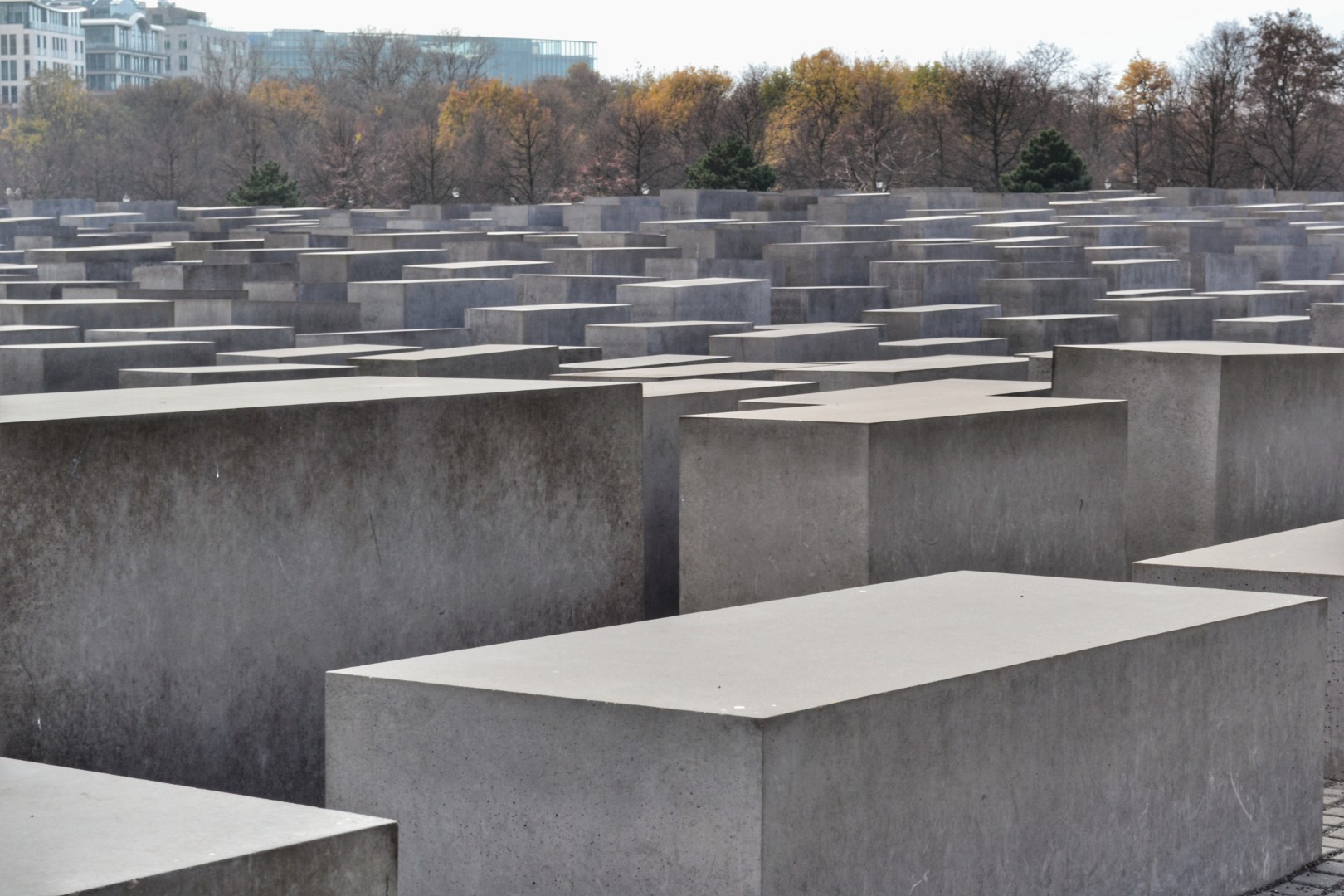 The Memorial to the Murdered Jews of Europe is a sobering, yet beautiful site that is not only a must see in Berlin, but is completely free.

There is also a very well done Information Center located on site that is also free and absolutely worth stopping into.

This isn’t so much of an attraction as just simply a location maybe worth passing by at some point.  There is no bunker to actually see, and instead is just a signboard with information about what the bunker was used for and how Hitler spent his final days hiding in fear as Germany was bombed and destroyed by the Allies. This is where Hitler took his life.  You won’t find anything memorializing Hitler (obviously) but it is still a worthwhile piece of history. 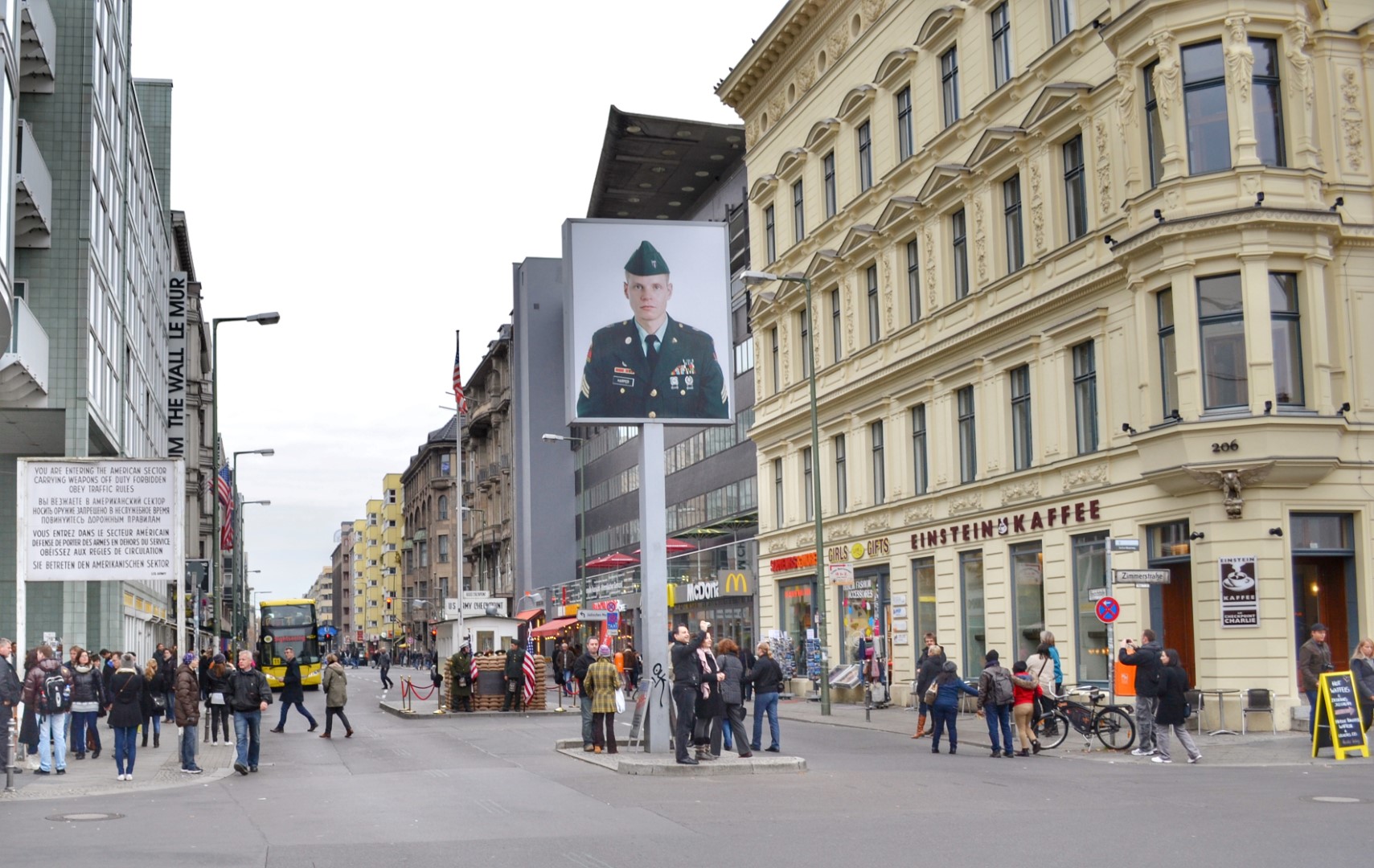 Today, this area of Berlin is made specifically for YOU, the tourist.  So, while nothing is actually original on this square, it is a stark reminder of a time that most of us can’t even quite comprehend anymore.  You can buy all sorts of tacky “communist” trinkets here, take a photo in front of the “Checkpoint Charlie” sign, and see exactly where West abruptly ends and East begins.

Nearby, there are a couple of museums that you can pay to visit if the topic intrigues you.

Marvel at the Gendarmenmarkt

This square is often argued as one of the most beautiful squares in Berlin.  Here you’ll find the Konzerthaus, the Deutscher Dom, and the Französischer Dom.  Nearby, see Humboldt University and the site where the Nazis burned hundreds of books that encouraged free thinking.

Stroll Down the Unter Den Linden

This one mile walk will have you stepping back into a rich, imperial time. Go from Pariser Platz all the way to Museum Island.

Along your Unter den Linden walk, you’ll pass the the Neue Wache monument.  Even if you aren’t walking down this beautiful boulevard, making a stop at this memorial during your time in Berlin is powerful.  The sculpture of a mother holding her dead son is a haunting image that evokes a lot of emotions in the visitors to this building. 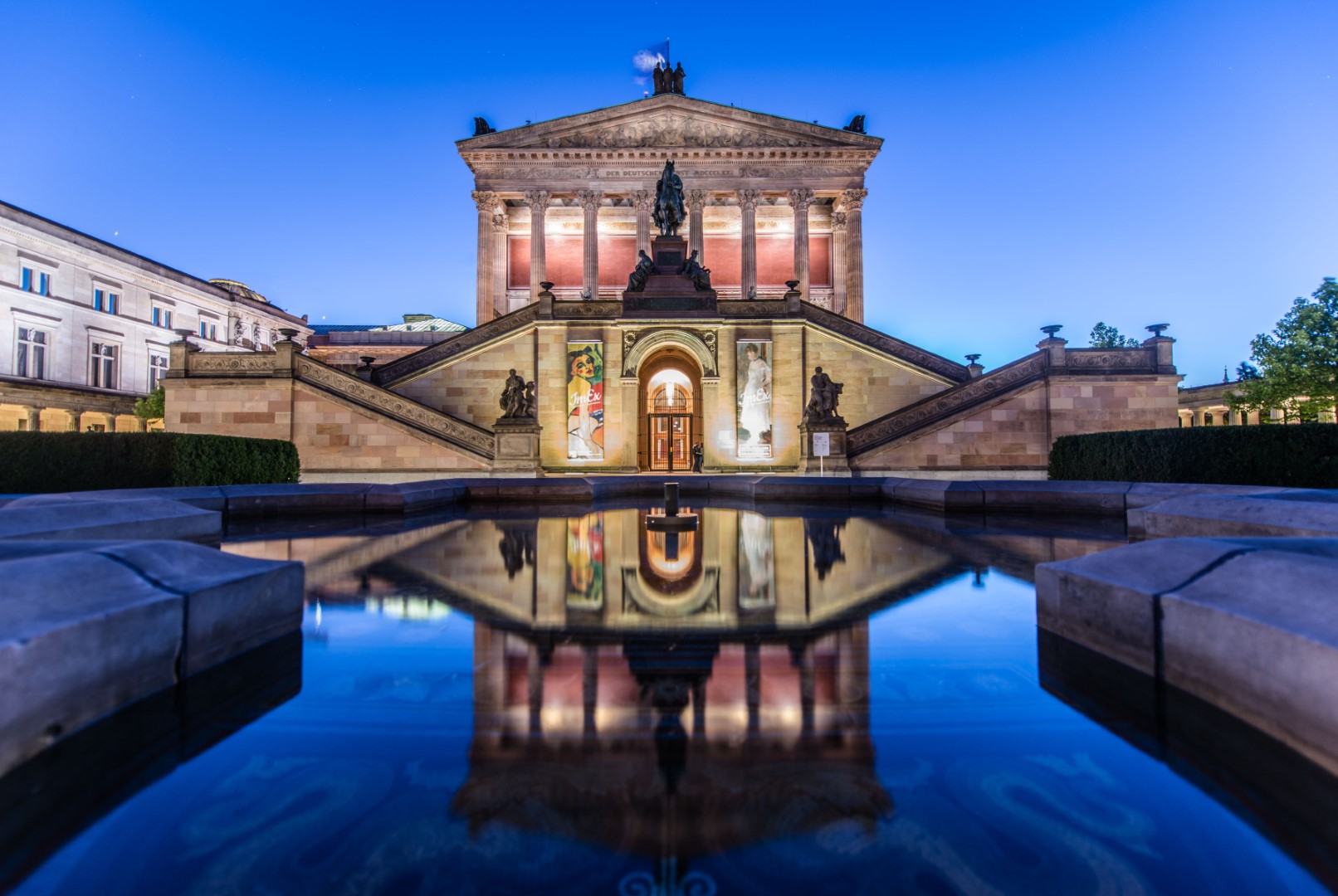 While the main museums ON Museum Island are not free, walking around is.  The museum buildings themselves are actually quite beautiful.  One of the popular sights to see (in addition to the museums like the Pergamon) is the Berlin Cathedral.  However, this is also not free to actually go inside of, however, it is still a stunning building to admire from the outside for free.

Tip: If you have the BerlinWelcome Card 72hours (+Museum) Pass, then all three days of your pass you have free access to the 5 Museum Island museums!

If you are looking for free museums in Berlin, then you still have a ton of options:

Also, there are some museums in Berlin that offer free admission occasionally, such as once a month or on special occasions.  You can see which ones and dates here.

While you may have seen that this is actually on the above list for free Berlin Museums, it is worthy of its own slot of things to do in Berlin for free.  This documentation center sits where the former S.S and German Secret Police headquarters were

The horrors and terror of the Nazi regime and S.S is widely known today, but this free guided tour goes into depth and detail of that time.  There is an outdoor section along the Berlin Wall that is great for people on a time crunch or enjoy the inside museum as well (also free) which is definitely worthwhile if your itinerary allows.

Even if you aren’t in the market to buy anything, strolling through these iconic Hof style apartments, turned shopping galleries, is a unique experience.  Most of the stores house items from local designers, so it really showcases a flair of local Berlin. 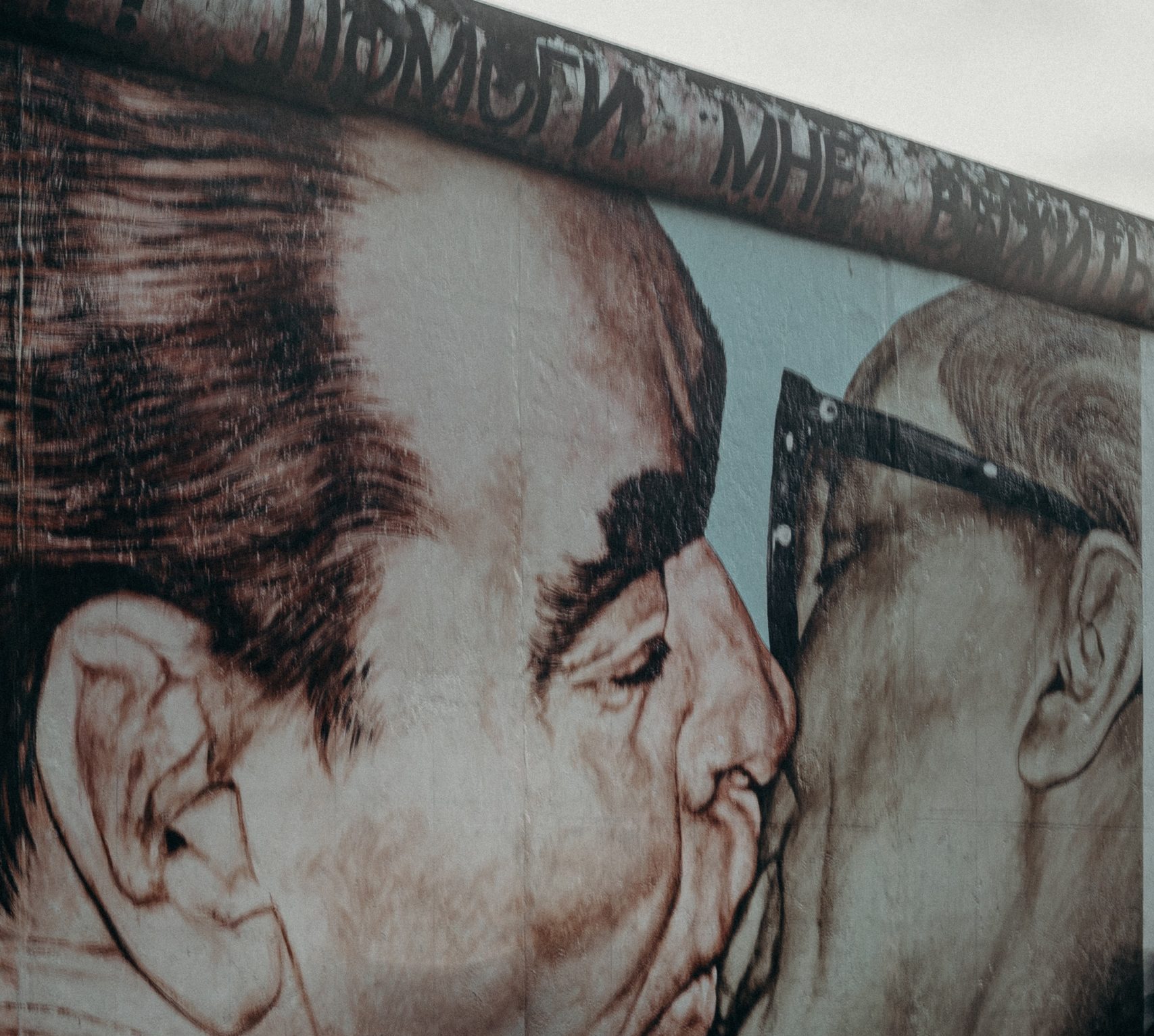 Some consider this one of the free Berlin museums, but it’s also just a fantastic place to go to for iconic street art that clashes with a dark period of German history.  Today, the wall is beautifully painted, creating an odd juxtaposition of feelings while looking at the Berlin Wall.

Stroll in the Tiergarten 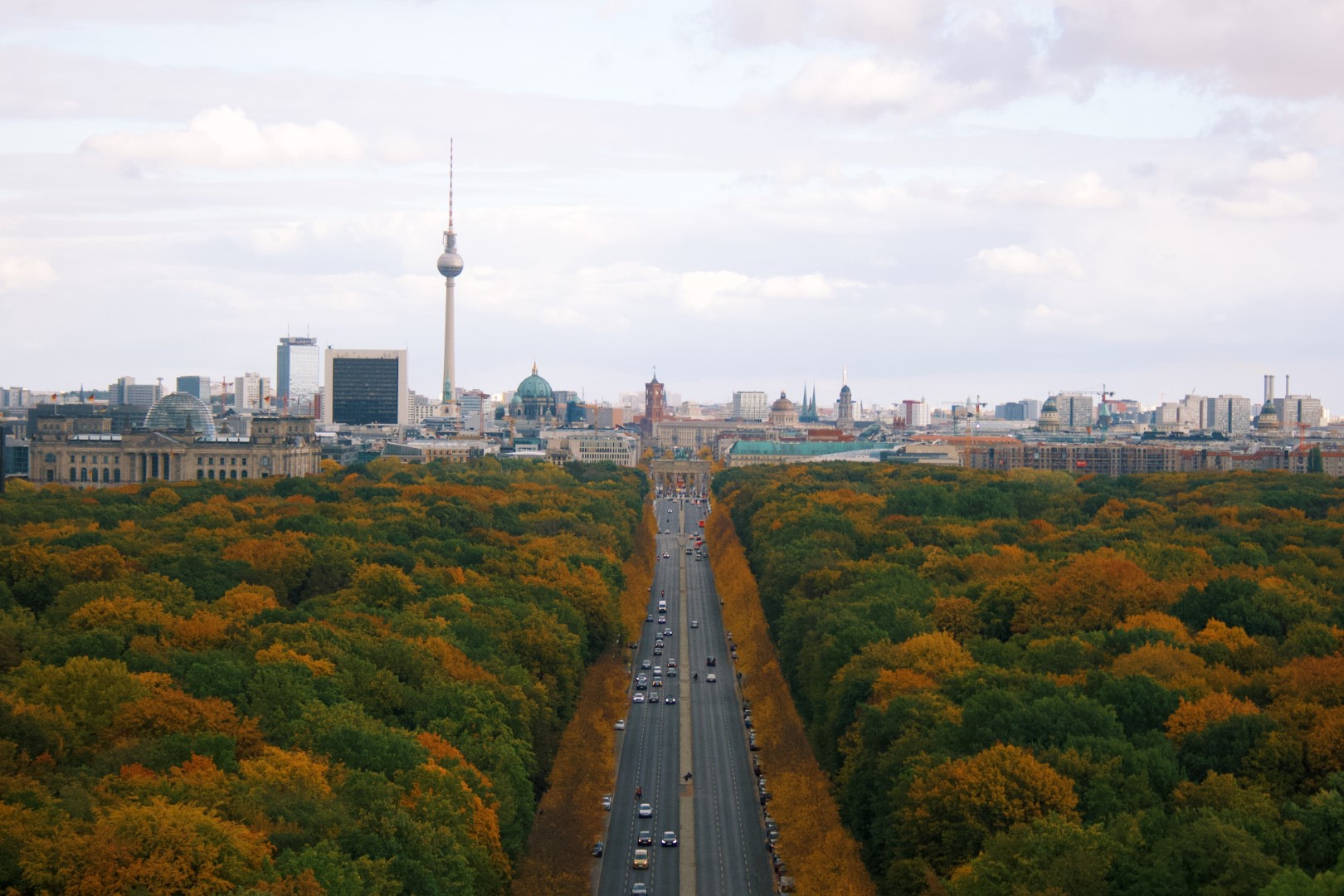 The Berlin Tiergarten is the city’s favorite (and biggest) urban park coming in at 210 hectares (520 acres), which means there is PLENTY to see, walk, and do within the gorgeous park.  You could easily spend a few hours here.  Walk around the lakes, see the Victory column, eat at a Biergarten, and more!

Get Naked at a Nudist Beach

Ok, this one technically should go up in the Tiergarten section, but again, I feel it deserves its own mentioning! Berlin is a phenomenally open-minded place, so don’t be surprised or shocked when you see plenty of people lounging around near the Siegessäule in the Tiergarten in the buff!  If you are hanging around the park for the afternoon, why not join them!?

Every Tuesday at 13:00, the amazing Berlin Philharmonie puts on a free concert over lunch!

Wander Around a Market

If you are going to be in Kreuzberg on Thursday, don’t miss this amazing Markthalle Neun street food market where you can get all sorts of amazing street foods, particularly Turkish dishes.

Alternatively, if you are by the Tiergarten on the weekends, there is a fantastic flea market (Address: Strasse des 17 Juni)

And of course, if you looking for free things to do in Berlin in the winter and are here in late November through Christmas, you can’t miss the famous Berlin Christmas markets!

This concentration camp is not IN the city of Berlin.  Instead, you’ll need to take public transportation about an hour outside of the city to get here.  If you are planning on going to Munich on your Germany trip, I recommend the Dachau Concentration camp as a day trip from there instead.  However, if you are just doing Berlin, then I strongly believe that everyone should visit a concentration camp during their time in Germany, and Sachsenhausen is easy enough to get to from Berlin.  It is a sobering experience that will have a strong impact on you.

Walk The Runway (The AIRPLANE Runway!)

Templehof used to be one of Berlin’s airports, but today it is actually a park.  While locals use it as a leisure park where they go for exercise, meeting with friends, and having picnics, tourists love to go take photos out on the runway!

PCS To Hohenfels Germany US Army Base: Everything You Need To Know 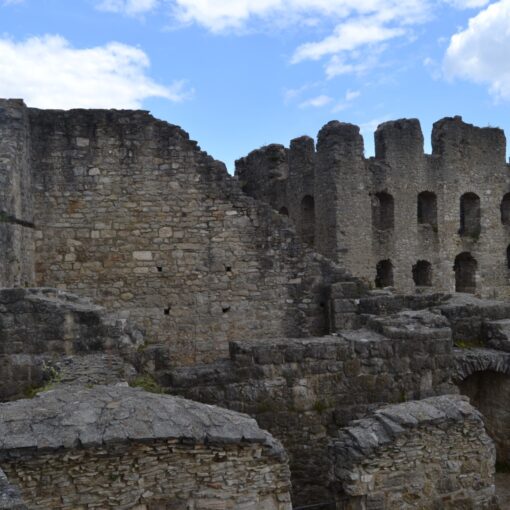 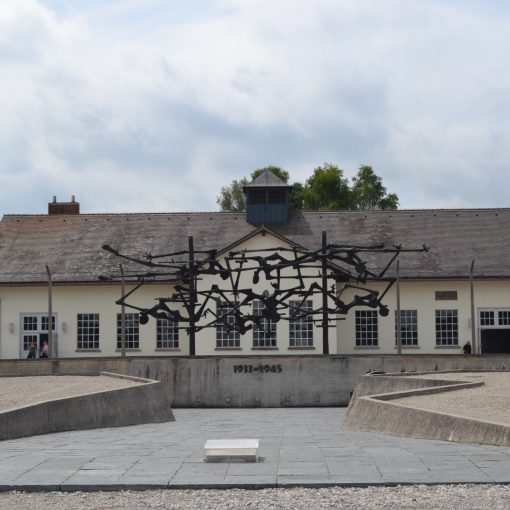 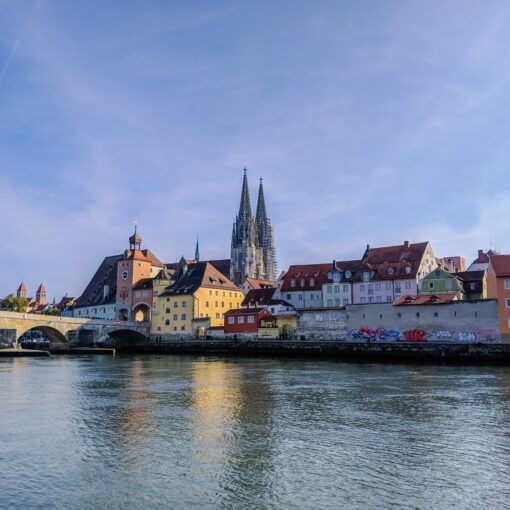 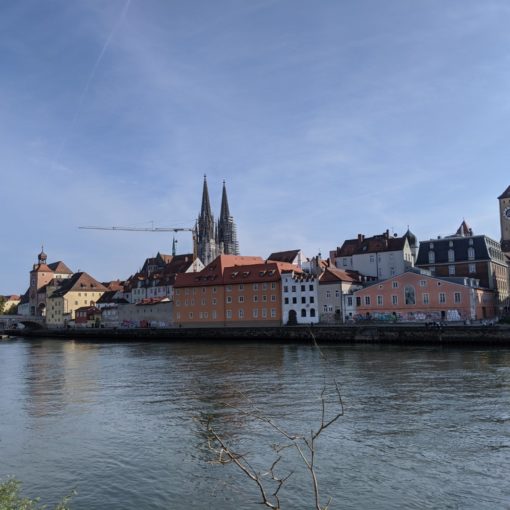